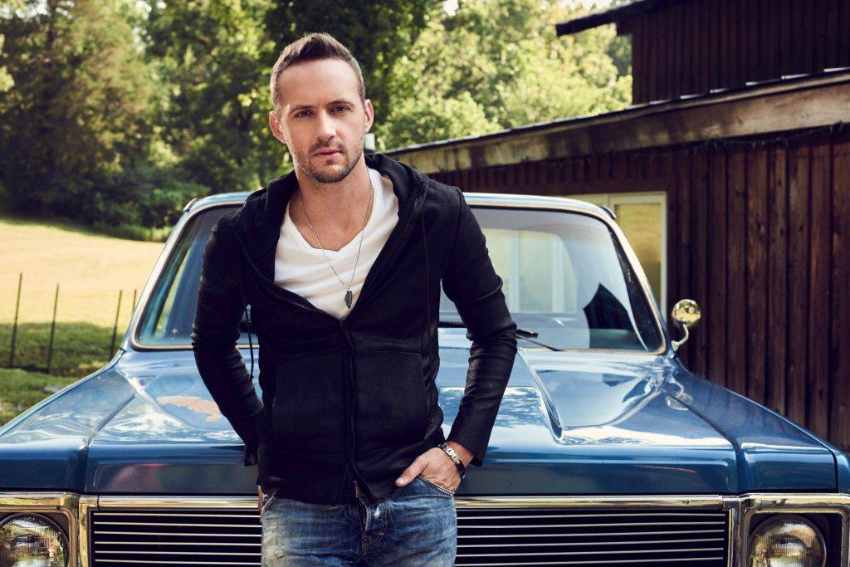 You may remember Drew Baldridge from his earlier releases, “Train” and “Dance With Ya.” In his latest music video for his single “Rebound,” he is joined by co-writer Emily Weisband in the video and on the chorus, the two trade lines. Along with Weisband, Baldridge penned the song with Simone Simonton, and the video was directed by Dustin Wise.  Drew Baldridge has also been named one of CMT Listen Up’s “16 for 2016” which recognizes artists on the verge of achieving new heights in their careers.

Following up on his debut single, “Drink By Drink,” Tony Jackson is back with some of country music’s elite in his new cover of John Sebastian’s iconic hit, “Nashville Cats.” Originally written by Sebastian in 1966, “Nashville Cats” is a tribute to Nashville’s endlessly creative studio and session musicians. It quickly became a hit and has been covered by many artists over the years including Flatt & Scruggs and Johnny Cash.  Tony Jackson’s take on the song was co-produced by Donna Dean-Stevens  and Jim Della Croce, who also works as Jackson’s manager. Not only is he joined by Sebastian himself in this video, but Rock & Roll Hall of Famer Steve Cropper and Steel Guitar Hall of Famer Paul Franklin also make appearances along with the legendary Vince Gill. This great start-studded video will surely be a hit with audiences that prefer the traditional, back-to-its-roots Country music of days gone by.

Ronnie Dean Tinsley has just released the music video for his debut Texas radio single, “Southern Ways” from his upcoming album Renegade. In the video Tinsley plays the part of an escaped convict as he runs through the woods in an attempt to make his way to a nearby honky tonk to perform one last time. Produced by Tinsley and directed by Jim Finley the video was filmed at various locations on Tinsley’s property in Crosby, TX as well as Joe Koolz Rockin Country Saloon for the live performance shots. Tinsley describes “Southern Ways” as a “freedom song” that takes a look at the rebel spirit and unique way of life in the south.

“A Little More Love” is the first single from Jerrod Niemann’s debut release with Curb Records. Lee Brice (who has also been touring with Niemann) is also featured on the song that he describes as “an upbeat, groovy, chillin’ song that actually says something and actually does matter,” After the single’s release, it climbed from 50 to 46* on the Country Aircheck chart and continues to attract new listeners at radio. The new video accompanying the single has just been released as well.

Coming off the heels of his hit debut single, “Dance With Ya,” (*46 on Country Aircheck and *53 on Billboard Country Monitored) Drew Baldridge has just released the music video for his brand new track, “Train.” The fun filled summer party song is from his upcoming album Dirt on Us which is scheduled for release on June 10th. Drew Baldridge has been named one of CMT Listen Up’s “16 for 2016” which recognizes artists on the verge of achieving new heights in their careers. “Train” along with the rest of Dirt on Us is filled with soul-funk grooves that Drew likes to call “funktry.” The video was filmed at the Tennessee Valley Railroad Museum in Chattanooga, TN and features Drew as the soul train conductor with a group of rowdy friends and his band on board. It’s a fun video about having a good time and features some of Baldridge’s own signature dance moves as well!

Blake Reid is an upcoming country artist from the farmlands of Alberta, Canada. His second album Rust was released this past October to Royalty Records, and I’d like to share with you the music video from one of the singles, “Stay Home.” It’s the type of hard-edged track that makes you want to kick on some cowboy boots and hit the rodeo. Coming from a five-generation farm family, Reid has the ability to create diverse tracks while maintaining his innate, homegrown country style. Blake has also recently begun an official partnership with 4H and will be composing the official song for their upcoming Centennial Celebration. Be sure to check out this exciting new artist.

Drew Baldridge – Dance With Ya

Drew Baldridge is a Patoka, IL (pop. 800) native who has been performing since he was a child. He would sing the National Anthem at his high school basketball, and also sang in his church’s choir. He then began playing solo acoustic gigs at a nearby bar on Saturday nights. In 2013, he was signed to THiS music and released an EP titled All Good which featured the singles “BYOB” and “She’s Taken.” His current single, “Dance With Ya” is currently Top 10 on Sirius XM THE HIGHWAY, has over 100,000 Spotify streams, and was the #3 Most Added radio single on Country Aircheck Last week. The new video premiered on CMT earlier this week, and I hope you will enjoy!