Tony Jackson – “Aint’ No App For That”

You probably remember Tony Jackson from his cover of “The Grand Tour” by George Jones which went viral with over 1 million Youtube streams as well as an impressive 38 million views and 982,000 shares on Facebook. The rising country artist has been keeping busy touring with upcoming dates ranging from appearances in Virginia all the way to Oregon. His new video “Ain’t No App For That” directed by CMA winning director Jim Shea is about a man whose dependance on technology destroys his relationship, but in the end he realizes what is important as all his devices go up in flames. The video is a good reminder about what really matters in life and for some things there “Ain’t No App For That.” 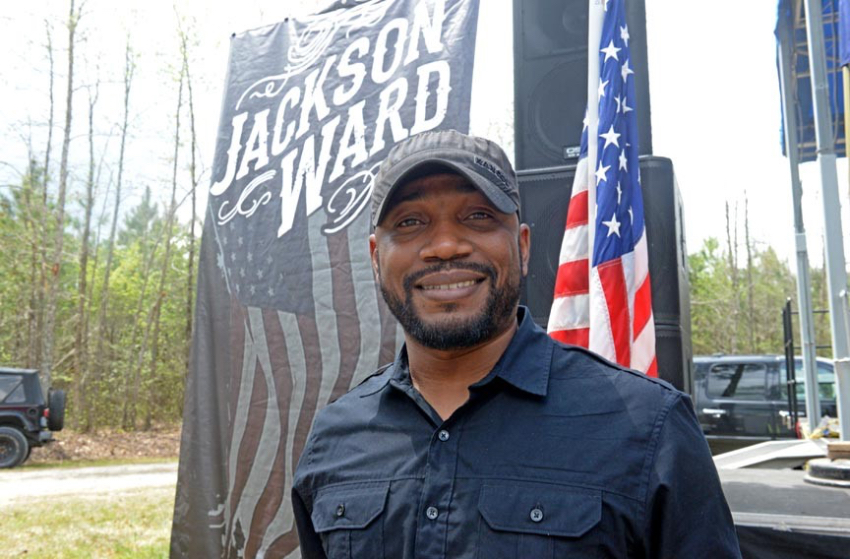 We Banjo 3 have been described as, “the chief proprietor of Celtgrass” by No Depression. The Ireland based quartet combines traditional Irish and American roots music creating a unique sound that has remained consistent throughout all of their releases. The group has just released their fourth studio album, Haven which reached #1 on the Billboard Bluegrass Chart shortly after its debut, as well as charting #4 on the Word Chart, #10 on the Top New Artist Albums Chart, and #26 Independent Album Chart in the weeks following its release. They have been featured on iTunes, Spotify, and Amazon as well charting in the top of each outlet’s respective folk/new artist categories. With over 60 upcoming tour dates in the next 8 months the group will surely stay busy as they gain new fans at every stop. The new single “Light In the Sky” will have you singing along with its infectious hook and melodies, and the visually striking new video is filled with scenic shots of the group and landscape as they hike to the top of a cliff at sunrise at Harpeth River State Park in Tennessee. Even though it comes from the Americana roots world, the video is also a hit with Country fans being one of the Top 4 trending videos on CMT.com since it’s release. 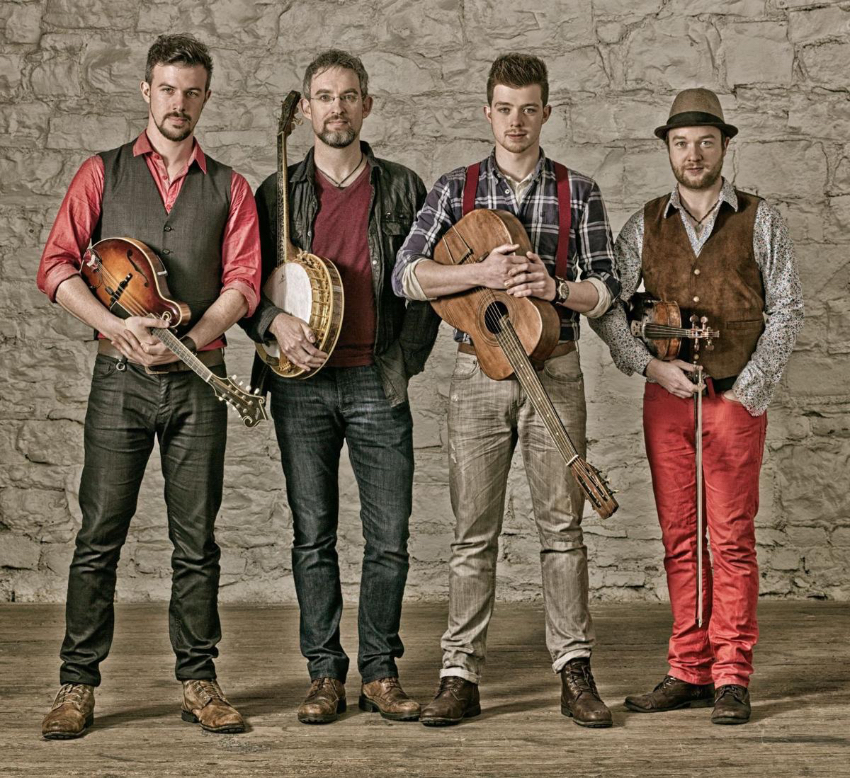 Lee Brice didn’t have to look far to find a co-star for his latest video “Rumor.” The official music video features his wife, Sara as the two bring the song about a long term relationship to life. The video, shot in Nashville, TN features a romantic night out between the two as they try to escape the rumors about them and just enjoy a special moment together. The new song is from Lee Brice’s self-titled fourth studio album coming early November via Curb Records. The new album from the CMA, ACM, and Grammy nominated artist is the follow up to his #1 charting album I Don’t Dance. 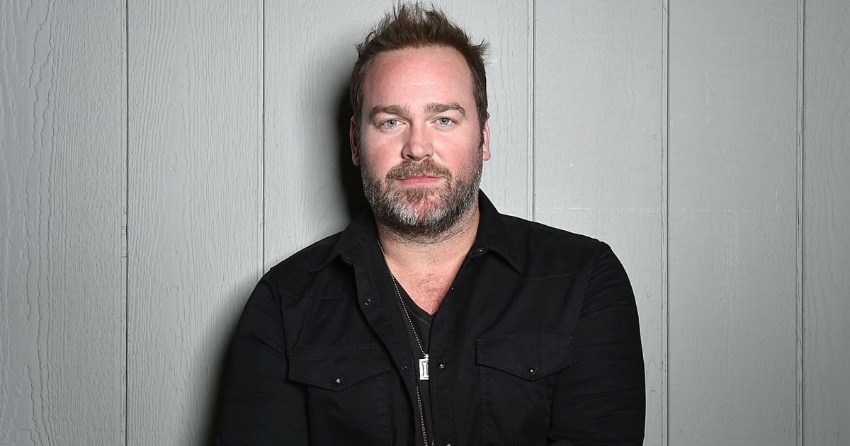 Tony Jackson – “Old Porch Swing”Tony Jackson is back with his new nostalgic and traditional single, “Old Porch Swing.” In the song, Tony looks back on memories of growing up, his first love, and the times he spent on his “Old Porch Swing.” The new video is the follow up to his smash hit cover of George Jone’s “The Grand Tour” which was a Top 40 single on the Music Row Country Breakout Chart. The music video also spent multiple weeks at #1 on CMT’s 12-pack countdown, and his self titled album debuted at #31 on the Billboard Country Album sales chart earlier this year. “Old Porch Swing” is sure to be another smash hit for Tony Jackson, and a great new video you won’t want to miss.

Tony Jackson is back with another Country classic. The retired US Marine has just released a new tribute to the great George Jones with his own take on the iconic hit, “The Grand Tour.” The video was filmed at the historic Glen Leven Mansion in Nashville, TN and the setting of the old civil war era house fits the theme of the song perfectly. The video debuted on Country Rebel’s facebook page and has already generated 6.3+ million streams and 150K+ shares. The video also debuted at #2 on CMT’s fan voted 12-pack countdown last week. This is definitely a video you don’t want to miss out on so “step right up, and come on in!”

You may remember Drew Baldridge from his earlier releases, “Train” and “Dance With Ya.” In his latest music video for his single “Rebound,” he is joined by co-writer Emily Weisband in the video and on the chorus, the two trade lines. Along with Weisband, Baldridge penned the song with Simone Simonton, and the video was directed by Dustin Wise.  Drew Baldridge has also been named one of CMT Listen Up’s “16 for 2016” which recognizes artists on the verge of achieving new heights in their careers.

Following up on his debut single, “Drink By Drink,” Tony Jackson is back with some of country music’s elite in his new cover of John Sebastian’s iconic hit, “Nashville Cats.” Originally written by Sebastian in 1966, “Nashville Cats” is a tribute to Nashville’s endlessly creative studio and session musicians. It quickly became a hit and has been covered by many artists over the years including Flatt & Scruggs and Johnny Cash.  Tony Jackson’s take on the song was co-produced by Donna Dean-Stevens  and Jim Della Croce, who also works as Jackson’s manager. Not only is he joined by Sebastian himself in this video, but Rock & Roll Hall of Famer Steve Cropper and Steel Guitar Hall of Famer Paul Franklin also make appearances along with the legendary Vince Gill. This great start-studded video will surely be a hit with audiences that prefer the traditional, back-to-its-roots Country music of days gone by.

The son of a United States Navy officer, United States Marine Tony Jackson began to feel a love for country music at an early age listening to Armed Forces Radio on various military bases. Now a regular performer on Richmond VA’s Old Dominion Barn Dance radio show, Tony came to CRS in Nashville, TN at the urging of his manager, Jim Della Croce. It was here that he debuted his first single, “Drink by Drink” at an intimate media event on Music Row. Tony Jackson has since released the official music video for the single which premiered last week on Country Rebel.

Paul Bogart, simply put, is the epitome of traditional country music. Though his songs are fresh and he himself is young, he is an old soul with a knack of capturing time honored traditions and summing up classic sentiments. His songs are infectiously unforgettable and his fine-tuned performances never fail to garner an invitation back.

The idea for his new single and music video “Grow” came about shortly after Paul and his wife Tanya found out she was pregnant. “It’s a song about life,” he states, “As I brainstormed, I visualized our son while he grew in his mama’s belly, but I also visualized a majestic oak tree that was once just a sprout but grew up to be a great big mature tree. I also considered our own faith, or love that we have for someone.”

Directed by Les Umberger, the video was shot on Old Hockory Lake in Handersonville, Tenn. with multiple yachts, speedboats and wakeboard champion Nathan Strange included to embrace the summertime anthem.

“Boat Friend,” written by Mallory with Greg Becker and Mike Shimshack, is the single release from Mallory’s self-titled EP now available via Spotify.

“Two summers ago, I was in a Jeep with my girlfriends when one of the girls said ‘I really wanna be single this summer but we need to find some guys with a boat,’ and I said ‘You don’t want a boyfriend, you need a boat friend.’ Everyone laughed and I immediately knew I was going to write that song,” said Mallory.

At 24, the Okolona, Miss native is already making her mark within the music industry. In 2010, Mallory won a position on Simon Fuller’s If I Can Dream series on Hulu.com and later became a contestant on the eleventh season of American Idol. Mallory has since been the opening act for Loretta Lynn, Jake Owen, and more.  Additionally, she is already earning herself a name within the songwriting community and has co-written cuts with Kip Moore and Dan Couch.

Marie Osmond has spent 5 iconic decades in the entertainment industry and has remained an instantly recognizable figure across the globe. She has two Grammy nominations, a CMA Vocal Duo of the Year Award, numerous Billboard chart-topping singles and albums, and has entertained millions of people through film, television, radio, literature, live concerts and Broadway performances. In addition to touring all over the world, she still performs with her brother Donny at the Flamingo Hotel’s Donny & Marie Showroom in Las Vegas, and has helped raise over 5 billion dollars to date as co-founder of Children’s Miracle Network Hospitals. an organization that helps over 11 million children each year.

Music is Medicine marks her latest and perhaps most important studio release. It was produced by veteran Country/Pop/Latin producer Jason Deere, and features notable guest artists such as Olivia Newton-John, Diamond Rio, SisQo (Dru Hill), John Rich (Big & Rich), Marty Roe, and Alex Boye. The album was in the Top Ten albums sold the week of its release, and the new video from the title track is not only highly entertaining, but also helps raise awareness for the Children’s Mircale Network Hospitals.