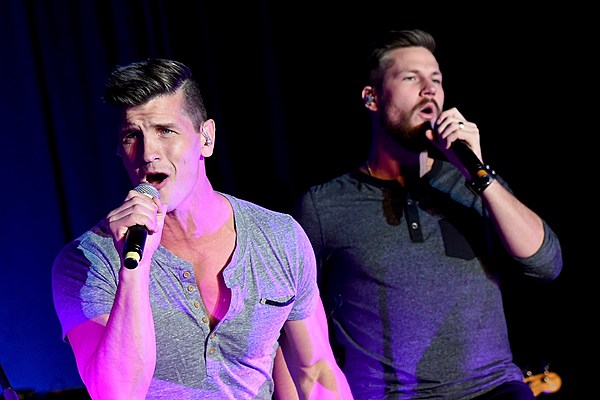 Haley & Michaels are back again with a new inspirational and uplifting video for their latest release, “Hail Mary.” The duo continues to build on the success of past releases as they’ve been featured on numerous Spotify playlists, amassing over 30 million online streams, they’ve appeared twice on NBC’s Today and have also experienced great success on SiriusXM’s “The Highway,” which has helped them in selling more than 200,000 digital downloads. Their video, “Hail Mary” is featured in the new Netflix film Walk. Ride. Rodeo which tells the true story of Amberley Snyder, a rodeo champion whose dreams are seemingly dashed when an automobile accident confines her to a wheelchair. “From the day we wrote it, ‘Hail Mary’ has always been a very special song to us,” explains Haley & Michaels’ Shannon Haley, “so to watch it take on a whole new context in a movie such as Walk. Ride. Rodeo. is really a dream come true for us both.”

AJ McLean is back with another new video “Boy and A Man.” After the success of his last video, “Night Visions” AJ has teamed up with director Rene Elizondo once again for his new release. “Rene came back with a made-up video from YouTube that he edited with ‘Boy and a Man’ over scenes from Up, which is one of my all-time favorite Pixar movies,” McLean said in an inverview with Entertainment Tonight. “So, we stayed with the concept of the young version of myself and Rochelle, teenage versions, then me as myself marrying my wife.” The touching new song co-written by Rob Crosby and former The Voice contestant Dave Fenley was sent to McLean after he announced he was going to release a country album. “The first song [Finley] sent was ‘Boy and a Man’ and I was like, ‘Oh my God, this is amazing,'” McLean recalled. “It’s just a beautiful love song and out of everything I had recorded, this grabbed me the most as a true country record. It turned out unbelievable.” The gorgeous new video was shot at Disney’s Golden Oak Ranch and even includes a cameo appearance of McLean’s real life wife Rochelle McLean.